First of all, congratulations to Helen Dean and Toy Safari for celebrating the toy store’s 25th anniversary this month. Toy Safari is a longtime retailer in Downtown Alameda and has grown to offer a HUGE array of new, used, vintage, and collectible toys. Some even say Toy Safari is home to the greatest toys on Earth. Be sure to stop and take a look inside the next time you’re taking a stroll along Park Street.

This month also marks a change for a longtime business as it steps back to let a new business shine in the storefront. When you walk by the street corner at 1229 Park Street, you’ll notice that the window is no longer full of old televisions waiting to be repaired. Elite Electronics has moved to the rear of the shop and allowed the front to be transformed into a premier nail salon. Nailbar officially opened its doors on August 5. Swing by and take a look at the swanky new interior!

Another new happening on the street… more banners have been installed on street poles throughout the district, including Lincoln Ave and Santa Clara Ave.

To find out what businesses will be opening later this year, visit the Downtown Alameda website at  www.DowntownAlameda.com/New-Business  END_OF_DOCUMENT_TOKEN_TO_BE_REPLACED

New Businesses in Downtown Alameda (May 2017) 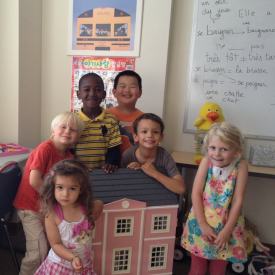 Alameda is blessed with a diverse community. This is reflected in just about anywhere one travels on the island. It is also reflected in the mix of businesses that co-exist in Downtown Alameda.

The downtown businesses have long catered to different cultures, different age groups, and people who have different interests. Whether it’s dining, learning, playing, relaxing, or working, Downtown Alameda always has something new that brings people together.

Recently added to the diverse mix of businesses are a new Hawaiian restaurant, a school that teaches foreign languages and culture to all ages, and a shop that provides a friendly place for kids and adults to play board games (welcome back, D20 Games!).

The next time you’re in Downtown Alameda, take time to reflect on the diverse collection of businesses. You’ll be pleasantly surprised at what you find… and where you find them.

There’s always something new and interesting to discover in Downtown Alameda. Newly added, among other businesses, are a vintage art gallery and a venue that plays host to an eclectic mix of social gatherings.

If you wander through Post Office Alley (warning: you won’t find any post office in this location) and around to the back of the buildings, you’ll find an upper floor gallery where the proprietor offers a collection of handpicked one-of-a-kind vintage art pieces perfect for enhancing home or office. But be sure to call first — it’s open by appointment.

Ready to walk into a place where creativity meets productivity and get started right away? Alameda’s first co-work space is now open near the library. This is where you will find a synergistic atmosphere for workers of all types to share their workday. The venue brings together artist studios, maker spaces, event facilities, and office amenities.

The district is blossoming with creative spaces! Be sure to check out all the newest businesses in Downtown Alameda.

The selected businesses are recognized for their contributions to the success of our downtown district — owners and staff actively participate in downtown activities and they find ways to give back to the community in a number of ways. These businesses are excellent examples of the quality of service you can expect to find in Downtown Alameda year-round.

Congratulations to the recipients of our 2016 Downtown Alameda Business Awards!

Retail Business of the Year 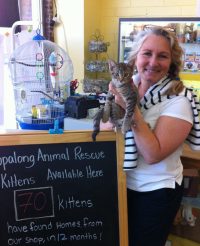 Alameda See Spot Run, 2510 Santa Clara Ave
Alameda See Spot Run is a local, family-owned store committed to providing products, services, and educational programs that help customers care for their pets without breaking the bank. When you shop with them, you receive personal service by staff who have a sincere desire to share their time and knowledge. Owner (and Alameda resident) Cynthia Schorle is also committed to serving the community at large. She serves on two of our committees — the Membership Committee and the Maintenance & Improvement Committee.

Professional Business of the Year (tie) 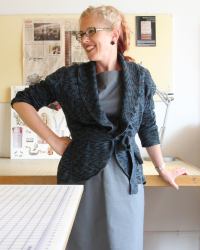 The Sewing Room, 2434 Webb Ave
The Sewing Room is not only a retail store, but it’s also a sewing workshop. Jennifer Serr and her instructors have a passion for the needle arts and enjoy sharing their expertise with students of all skill levels. Jennifer is known to have a remarkably relaxed and respectful way with kids that allows them to take risks and gain confidence. Jennifer also inspires community members to participate in sewing projects that benefit various charities. Jennifer first joined our Membership Committee in October 2016. Shortly after, she was appointed to our 2017 Board of Directors.

Edward Jones (Jane Watson), 1430 Everett Street, Suite A
There’s an advantage in working with an advisor who knows you and provides top-notch service. Edward Jones advisor Jane Watson exemplifies this by taking the time to help her clients identify personal financial goals, develop strategies to achieve those goals, and then monitor the progress for potential adjustments. Jane is also dedicated to supporting the greater Alameda community. She regularly hosts free retirement planning events and has served on our Membership Committee since 2013.

Culinary Business of the Year

Speisekammer, 2424 Lincoln Ave
Owners Peter Kahl and Cindy Kahl know how to provide an experience that entices people to return again and again. Patrons routinely go to Speisekammer for the authentic German food, one of the best beer lists in the area, and the weekly live music. Their hugely popular Oktoberfest is a signature event in the district every year. In addition, the staff at Speisekammer graciously play host for the Downtown Association’s annual meeting/mixer. Cindy has also been involved with our Maintenance & Improvement Committee for the last two years.

New Business of the Year   END_OF_DOCUMENT_TOKEN_TO_BE_REPLACED 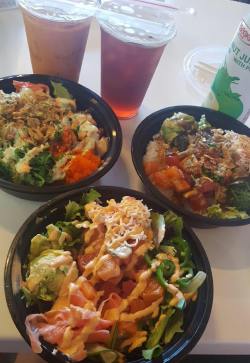 We’ve seen a number of popular “life-style” eateries open in Downtown Alameda over the last couple of months. A new boba tea cafe and a new Asian fusion take-out restaurant have both opened in the North of Lincoln District. In addition, a new dining spot opened in the Theatre District that is the first in Alameda to specialize in customized Hawaiian poke bowls.

Personal services in Downtown Alameda are important too… a new family therapist, a new in-home care agency, and a new hair salon have opened recently. You’ll also find a beautiful boutique gallery space on Park Street that is now home to a private performing arts center that offers programs in voice and piano.

Help welcome the newest businesses to our district! The next time you’re in Downtown Alameda, be sure to stop by and check them out. 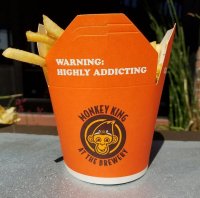 Monkey King at the Brewery

Monkey King at the Brewery, 1716 Park Street
* Chinese/Asian Fusion in a take-out setting.

Poke Koma, 1354 Park Street
* Hawaiian Poke Bowls… choose from our signature bowls or customize your own! 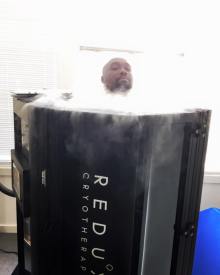 Discover the power of the most advanced spa treatment… experience the rush, feed off the adrenaline, feel re-energized, and be revived. Let REDUX Cryotherapy give you a jumpstart and a surge of healing power.

Opened in Alameda on April 9, 2016, REDUX Cryotherapy is the first cryosauna in the East Bay.

Cryotherapy literally means “cold therapy” in which you expose your body to subzero temperatures ranging from -166 to -210 degrees Fahrenheit. 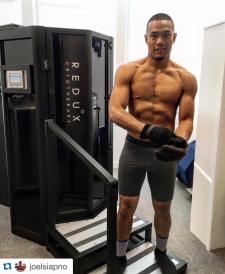 This medical therapy popularly known as Whole Body Cryotherapy (WBC) was first developed in Japan in 1978 to treat Rheumatoid Arthritis. The idea then traveled into other countries within Asia and Europe where doctors discovered the many benefits that cryotherapy provides the human body. WBC has now made its way into the US and many are raving about this modern form of medical therapy.

Celebrities are taking advantage of the benefits that cryotherapy has on the skin since subzero temperatures stimulate the production of collagen so that stretch marks, cellulite, and fine lines become less visible. As a result, skin looks tighter and healthier.
END_OF_DOCUMENT_TOKEN_TO_BE_REPLACED

Earth Day is celebrated each year on the third Friday of April. The first Earth Day arose from an interest in gathering national support for environmental issues.

The following businesses are doing their part to make Alameda a green-powered community by purchasing wind and solar energy. Alameda Municipal Power (AMP) and the Downtown Alameda Business Association encourage you to show your support for “Alameda Green” businesses by visiting them in person.

Central Florist, 2404 Central Ave
Visit Central Florist to find the perfect flowers and gifts for any occasion and can even create a custom bouquet to fit your unique needs.

One of the things that makes Downtown Alameda an interesting destination is that it is a vibrant and ever-changing district. When exploring the downtown area, it seems that there are always new surprises appearing among the rows of storefronts.

Although it’s sad to see some businesses close, it can be exciting to see what new businesses pop up in their place — whether it’s new eateries, retail shops, personal services, or business services.

Did you happen to catch the donut giveaways at Home Skillet when they opened in January?

Help us welcome the newest businesses to Alameda’s historic Park Street Business District. Stop by and say “hello” to these folks the next time you’re in Downtown Alameda.

Pretty In Ink, 2329 Santa Clara Ave
* Female owned and operated private tattoo studio. Custom tattoos are according to your specifications.